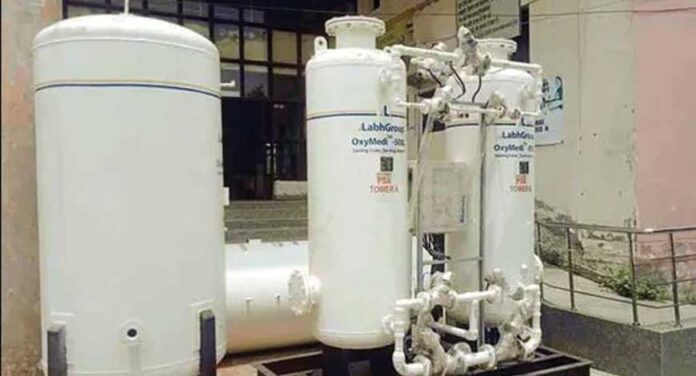 Forty-five PSA oxygen plants of 55.46 metric tonnes capacity have been commissioned in government hospitals in the national capital as part of preparations for a possible third wave of COVID-19, health officials have told the Delhi Disaster Management Authority (DDMA).

According to the officials, around 160 PSA oxygen generation plants with a total capacity of 148.11 metric tonnes are being installed at various government and private hospitals in the city.

Forty-five PSA plants with a capacity of 55.46 MT have already been commissioned. Eighteen such plants of 21.06 MT capacity will be commissioned by August 15, health department officials said during a meeting of the DDMA on Friday.

Another such tank of 50 MT capacity has reached the GTB hospital and will be installed by August 10, the officials said.

A tender has been floated for installation of three more LMO storage tanks of 150 MT capacity. Two cryogenic bottling plants of 13.4 MT capacity will be commissioned by September 15. These will be sufficient for refilling 1,400 cylinders per day.

On Tuesday, the Arvind Kejriwal cabinet approved a policy under which subsidies and incentives will be provided to the private sector to set up oxygen production plants and storage facilities to help improve the availability of the life-saving gas in the capital.

Delhi battled an acute shortage of medical oxygen in April and May as hospitals in the capital sent out SOS calls to the authorities to replenish their dwindling stocks. Several private healthcare facilities even requested the government to move out their patients.

AHA News: Dr. Dre Recovering From a Brain Aneurysm. What Is...