If there is one issue that constantly bothers our mind, it has to be our weight. It is a struggle to meet our desired result. While some stay focused and determined to stat fit, several others give up and ignore keeping a check on their weight. According to several global reports, obesity is becoming one of the major factors causing death worldwide. It is not just impacting adults, but children as well. Putting on a little weight once is a while is alright, but it shouldn’t become a habit and cross alarming levels. Obesity doesn’t just concern the issue of being ‘overweight’, it is one of the major underlying causes of several other diseases such as diabetes, hypertension, heart attack and even kidney failure.

Kidney diseases are on the rise in India. According to reports, the number of Indianssuffering from chronic kidney ailments has doubled in the past 15 years, and at present 17 in every hundred citizens suffer from some form of kidney disease. Kidney is an essential organ in the body. Its primary role is to remove toxins and excess fluids from the body through urine, and also maintain a good balance of body salts and other chemicals. It is also involved in controlling the production of red blood cells and regulating blood pressure.

So how do we prevent kidney failure and other ailments? Here are some pointers –

1. Obesity is a Lead Cause

Obesity is becoming a growing worldwide epidemic, and is expected to affect more people in the years to come. One’s lifestyle habits, particularly sedentary lifestyle, are adversely impacting health. According to researchers and authors of the study – Obesity and Kidney Disease: Hidden Consequences of the Epidemic, “Obesity is one of the strongest risk factors for new-onset chronic kidney disease, and also for nephrolithiasis and for kidney cancer.”

As stated on the official website of the campaign, “A growing body of evidence indicates that obesity is also a potent risk factor for the development of chronic kidney disease (CKD) and end-stage renal disease (ESRD). People who are overweight or obese have 2 to 7 more chances of developing ESRD compared to those of normal weight. Obesity may lead to CKD both indirectly by increasing type 2 diabetes, hypertension and heart disease, and also by causing direct kidney damage by increasing the workload of the kidneys and other mechanisms.”

Also read: (Are You Obese? Your Child Could Inherit Obesity and Be At Health Risk)

According to a study done by National University of Singapore, they found that participants who ate the largest amount of red meat had about 40 percent greater risk of developing kidney failure compared with people consuming the lowest amounts of meat. “Our findings suggest that individuals can still maintain their protein intake unless their kidney function has been severely compromised. However, to reduce the risk of end-stage renal disease, it is best to eat red meat in moderation,” said the lead author of the study Woon-Puay Koh.

According to a study done Brigham and Women’s Hospital, shorter sleep duration can lead to a more rapid decline in kidney function. Many of the body’s processes follow a natural daily rhythm or so-called circadian clock that is based on regular sleep-wake cycles. The study found that kidney function may be compromised when this natural cycle is disrupted.

About 20 per cent of India’s youth suffer from hypertension which makes them 40 percent more vulnerable to kidney damage and cardiac arrest. There is little understanding in the country of hypertension, also known as high blood pressure, which usually does not cause symptoms but gradually affects various body parts. “As many youngsters do not get to know that they are hypertensive they continue with their sedentary lifestyle,” said Gireesh Manwani, Senior Consultant (Internal Medicine), Saroj Super Speciality Hospital. “This slowly and steadily damages the kidneys and heart apart from giving rise to various other problems; it could even be fatal.” 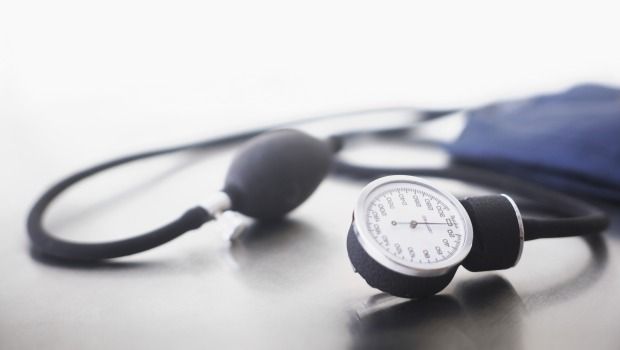 According to a study by Anglia Ruskin University in Britain, a diet that relies mostly on junk food or processed food may cause long-term damage to the kidneys and trigger diabetes. “Type 1 and Type 2 diabetes both induce changes in glucose transport in the kidney but junk food or a diet high in fat causes changes that are very similar to those found in Type 2 diabetes,” said Havovi Chichger, lead author of the study.

6. Cut Down on Sugar

Dr. Anshul Jai Bharat, a Delhi-based Nutritionist, says, “Most processed food products contain too much sugar, so when it goes to your system it leads to hormonal imbalance and also your blood profile changes. High consumption of these empty calories can cause obesity and diabetes – diseases that directly impact the functioning of your kidneys. You can treat yourself to your favourite dessert or a fast food burger sometimes as long as it does not replace your daily balanced diet.”

7. Keep a Check on Phosphorous Intake

Health experts and doctors have issued a warning against excess phosphorous in the human body claiming that it may increase the risk of chronic kidney disease where the phosphate levels in the body shoot up to abnormally high levels. According to them, muscle cramps, numbness, tingling, bone or joint pain and rash are all the symptoms of hyperphosphatemia and people who experience them quite often should consult a doctor at the earliest. Foods that should be strictly avoided, or at least consumed in moderation include soft drinks, chocolates, tinned milk and processed meat,” suggests Neerja Jain who works in Nephrology department at Ram Manohar Lohia (RML) hospital.

8. Pollution is to Blame As Well

According to a study by George Institute for Global Health, climate change may be accelerating the rate of chronic kidney disease caused by dehydration and heat stress. The research paper, published in Clinical Journal of the American Society of Nephrology (CJASN), suggests that a condition called heat stress nephropathy may represent a disease of neglected populations but one that may emerge as a major cause of poor kidney health in the near future.

Entrepreneurial Advertising: The Future Of Marketing

LA Mansion Once Painted Purple By Prince Is For Sale!

Spring Fashion Show at the University of Michigan Has Started