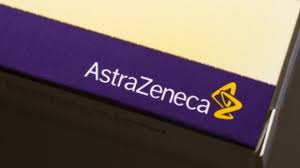 AstraZeneca Plc will make more than 90 million coronavirus vaccine shots in Japan, the top government spokesman said on Thursday, as concerns mount over whether the country will have enough doses to begin its delayed inoculation campaign.

The British company confirmed to Japan’s health ministry it will make the bulk of the vaccines within the Asian nation, Chief Cabinet Secretary Katsunobu Kato told reporters.

“We believe it is very important to be able to produce the vaccines domestically,” Kato said.

Japan plans to begin its inoculation push in late February, with Pfizer Inc’s vaccine shots for front-line medical workers. The country trails most major economies in starting inoculations due its dependence on overseas makers and a requirement that the vaccines go through domestic trials.

Japan’s has arranged to buy 120 million doses of the vaccine developed by AstraZeneca and the University of Oxford. The Nikkei newspaper reported yesterday that 90 million doses would be made in Japan while the remainder will be imported.

Which Masks Hamper Communication the Least?

Exposure to air pollution during pregnancy may lead to cognitive impairment:...

What Triggers Temporal Arteritis and Is It Serious?

The backlog in mammograms during the COVID-19 pandemic

How Do You Give a Mental Nerve Block?