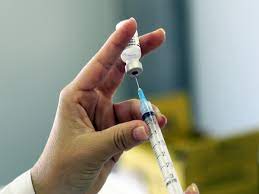 With reports of people getting infected even after being administered two doses of COVID-19 vaccine, the West Bengal Health department has decided to strengthen the surveillance throughout the state and to prepare a chart of such individuals, an official said on Wednesday. The department is also planning to conduct genome sequencing on such patients to find out whether if they have had any genetic change in the strain of the coronavirus.

According to the official, the decision to carry out such sequencing was taken keeping in mind warnings of experts about a possible third wave of the pandemic.

“The genome sequencing tests must be done on the people who are affected with the virus even after being fully vaccinated. The primary objective is to find out whether if the vaccine has worked against the virus or if it has mutated,” the official said, adding that sequencing would be done everywhere in the state.

“There has been strict surveillance in the districts of north Bengal since it has several entries… from neighbouring states so that Covid protocols are properly followed. We need to be on high alert about the warnings of a possible third wave,” he added.

COVID-19 vaccine delivery will need as many community pharmacy vaccinators as...

Millions of Californians locked down, UK to start vaccinating