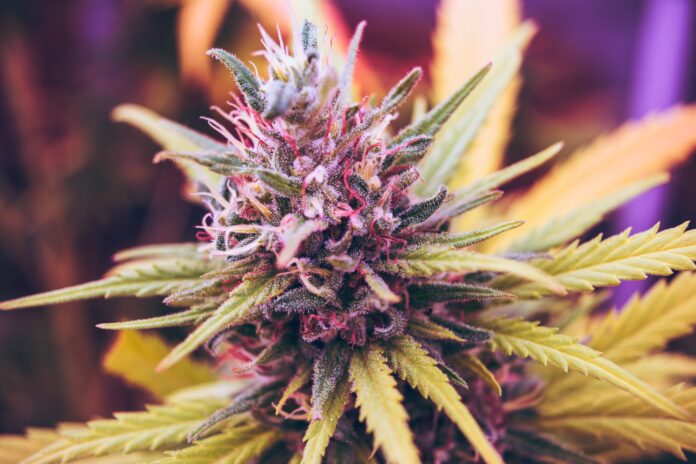 For patients undergoing spinal surgery, the diagnosis of cannabis use disorder is associated with higher complication rates, including substantially increased risks of stroke and respiratory complications, reports a study in Spine.

“Chronic cannabis use among patients undergoing spine surgery is associated with higher rates of inpatient neurovascular, thromboembolic, and pulmonary complications, and less favorable overall discharge disposition,” according to the new research by Ankit Indravadan Mehta, MD, FAANS and colleagues of the University of Illinois at Chicago. “The treatment of these patients is also associated with increased length of stay and cost of hospitalization.”

For chronic cannabis users, surgical care may be ‘extremely complex and difficult’

Using a national hospital database (Nationwide Inpatient Sample), the researchers identified nearly 433,000 patients who underwent common elective spinal surgery procedures between 2012 and 2015. About 2,400 patients had a diagnosis of cannabis use disorder, defined as continued use of cannabis despite significant distress or impairment.

On initial analysis, there were some important differences between patients with and without cannabis use disorder. Patients diagnosed with problematic cannabis use were younger, more likely to be male, and had lower rates of accompanying medical disorders (comorbidity). They were also much more likely to use tobacco: about 71 versus 31 percent.

Using a technique called propensity score matching, Dr. Mehta and colleagues created matched groups of 2,184 chronic cannabis users versus non-users with similar characteristics and comorbidities. A wide range of complications and other hospital outcomes of spinal surgery were compared between groups.

Patients with cannabis use disorder were at increased risk for several types of complications after spinal surgery. The cannabis users were about twice as likely to develop respiratory and blood clot-related (thromboembolism) complications. They also had nearly a threefold increase in the risk of stroke and other neurologic complications. Risk of bloodstream infection (septicemia or sepsis) was increased by 50 percent.

There were also more myocardial infarctions (heart attacks) among patients with cannabis use disorder. However, on further analysis, this was related to their much higher rate of tobacco use.

Patients with cannabis use disorder also spent nearly two more days in the hospital (about seven versus five days) and had hospital costs nearly $15,000 higher. They were also more likely to be discharged to a nursing or rehabilitation facility and less likely to receive home health care.

The results are of special concern as cannabis use becomes increasingly legalized and accepted in the United States. Estimates suggest that more than 15 percent of Americans use cannabis. Rates of cannabis use and cannabis use disorder have “increased drastically” in recent years, according to the authors.

The findings have important implications for anesthesia and surgical management in patients with cannabis use disorder, Dr. Mehta and colleagues believe. For example, such patients may need higher doses of opioid medications to achieve adequate pain management after spinal surgery. That may lead to slower recovery, requiring longer hospital stays and more intensive rehabilitation that cannot be done at home. The researchers also note previous studies outlining the mechanisms by which cannabis use may lead to increased risk of respiratory, thromboembolic, and neurologic complications.

“This study reveals multiple aspects of perioperative care that are extremely complex and difficult in patients with cannabis use disorder,” Dr. Mehta and coauthors write. “Their high-risk cardiorespiratory profiles combined with specialized anesthetic considerations [before, during, and after surgery] necessitate very unique perioperative management. We hope this research will lead to future prospective trials for specific interventions that could improve outcomes in this specific population.”