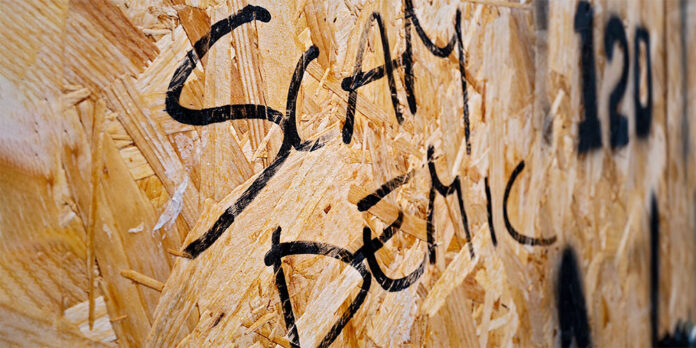 Conspiracy theories appear to be increasing in popularity as the COVID-19 pandemic continues. But to what extent do people really agree with them, and what is the association with cognitive biases? A research team from the University of Basel studied these questions in German-speaking Switzerland and Germany.

Periods of crisis are often conducive to the emergence and spread of conspiracy theories, and the COVID-19 pandemic is a case in point. A research team led by Sarah Kuhn and Dr. Thea Zander-Schellenberg of the University of Basel has investigated the endorsement rates of coronavirus-related conspiracy theories in German-speaking Switzerland and Germany, together with the associated psychological factors. More than 1,600 people, 554 of which in Switzerland, took part in the anonymous online survey in July 2020. The findings have now been published in the journal Psychological Medicine.

Alongside demographic information, the survey assessed respondents’ agreement with several coronavirus-related statements based on suspicions of a conspiracy behind the emergence of the pandemic or the related communication. Questions were also asked about current feelings of stress and paranoia-like experiences, and various cognitive biases were identified based on inference tasks. These biases include, for example, tendencies to systematically draw conclusions on the basis of insufficient information, or to exclude information that contradicts an individual’s stance in their conclusions.

About one in ten respondents agreed strongly with conspiratorial statements

On average, just below 10% of all respondents agreed strongly with a conspiratorial statement, a further 20% slightly or moderately, and approximately 70% not at all. This distribution was identified within both the Swiss and German cohorts. Most popular were statements suggesting that the virus was man-made, or that the official explanation of the cause of the virus was questionable.

Participants who agreed more strongly with the statements presented were on average younger, more stressed and reported more paranoia-like experiences (e.g. “Strangers and friends look at me critically”). They also held a more extreme political stance and had a lower level of education. The agreement values did not vary between the sexes.

A further result revealed that Swiss respondents agreed slightly more with certain statements than German respondents; some of the more strongly supported statements related to the biological aspects and the purpose of COVID-19 vaccines (e.g. “Big Pharma created coronavirus to profit from the vaccines”). Although statistically significant, the differences revealed are small. This finding complements existing research results that show that vaccine acceptance is lower in Switzerland than in other western European countries, such as Germany.

“As our survey represents a snapshot of attitudes as they stood last summer, further studies are now required in order to demonstrate whether endorsement levels have remained stable or changed in the meantime,” says Zander-Schellenberg.

Cognitive biases, but not always

The study team also found indications that endorsement of conspiracy theories was associated with certain peculiarities in thought processes. Participants who found coronavirus conspiracy theories to be plausible jumped to conclusions and reached them with greater uncertainty than those who considered them to be less plausible. They also paid less attention to information that contradicted their own opinion.

“These results suggest that not everyone who agrees with a conspiracy theory automatically processes information in an unfavorable way and decides accordingly,” says lead author Sarah Kuhn. The results show rather that the group of conspiracy theory supporters might also contain various subgroups characterized by different thought processes.

“These findings were surprising for us in that psychological research has previously assumed that conspiracy theories went hand in hand with characteristics such as poor analytical thinking skills and hasty conclusions,” says Kuhn. “The fact that with some people the opposite might be the case means we should be careful with generalizations about supporters of conspiracy theories; it also shows the potential from a research perspective of studying the cognitive mechanisms of conspiracy theories more closely in future.”

Due to the survey approach, the study by definition cannot be considered to be a representative survey of the population, but the respondent samples were nevertheless similar to the general Swiss and German population in terms of age and gender.

Nocturnal supervision may have protective effect in SUDEP

HIV Can Travel From the Brain, Animal Study Suggests

Expert discusses how to manage fear during the pandemic