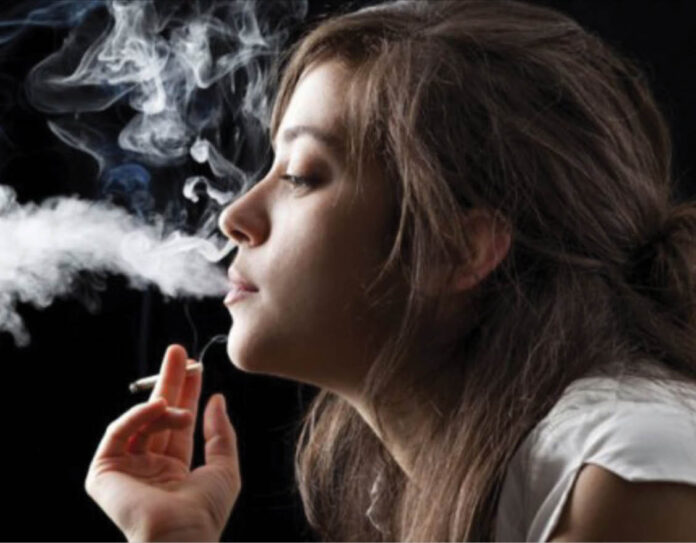 A recent survey conducted by CSIR (Council of Scientific Industrial Research), Government of India, has revealed that smokers and vegetarians are less likely to contract Covid-19 infection. The survey suggested smoking may be protective, despite Covid-19 being a respiratory disease, due to its role in increasing the mucous production that may be acting as the first line of defense among the smoking population. It indicated that vegetarian food rich in fiber may have a role to play in providing immunity against COVID-19 due to its anti-inflammatory properties by modification of gut microbiota.

The pan India survey was conducted by an eminent team of 140 doctors and research scientists to study the presence of antibodies against SARS-CoV-2, the virus that causes Covid-19, and their neutralization capability to infer possible risk factors for infection. The study assessed 10,427 adult individuals working in more than 40 CSIR laboratories and centers in urban and semi-urban settings spread across and their family members. These people voluntarily participated in the study.

Earlier, two studies from France and similar reports from Italy, New York, and China reported lower Covid infection rates among smokers. A study by America’s Centers for Disease Control and Prevention (CDC), which examined over 7,000 people who tested positive for COVID-19, also vindicated the above findings. Interestingly, the study found that only 1.3 percent of survey participants were smokers, compared to the CDC report that 14 percent of all Americans smoke.

Similarly, UCL (University College London) academics that looked at 28 papers across the UK, China, US, and France found the proportions of smokers among hospital patients were ‘lower than expected. One of its studies showed that in the UK the proportion of smokers among COVID-19 patients was just five percent, a third of the national rate of 14.4 percent. Another found in France the rate being four times lower (7.1% vs 32% among all population). In China, a study noted that only 3.8 percent of patients were smokers – despite more than half of the population regularly smoking cigarettes.

In a separate study by Jin-jin Zhang to understand the influence of smoking behavior on the susceptibility to Coronavirus observed that only 9 (6.4%) patients had a history of smoking, and 7 of them were past smokers. The study found that smoking populations were less likely to be infected with SARS-CoV-2. These findings were also confirmed by a French study of public health data that showed people who smoke, were 80% less likely to fall prey to COVID-19 than non-smokers of the same age and sex.

The Council of Scientific & Industrial Research (CSIR), known for its cutting-edge R&D knowledge base in diverse S&T areas, is a contemporary R&D organization. Having a pan-India presence, CSIR has a dynamic network of 40 national laboratories, 39 outreach centers, 3 Innovation Complexes, and 5 units. CSIR’s R&D expertise and experience are embodied in about 4600 active scientists supported by about 8000 scientific and technical personnel.

CSIR is ranked at 84th among 4851 institutions worldwide and is the only Indian organization among the top 100 global institutions, according to the Scimago Institutions Ranking World Report 2014. CSIR holds the 17th rank in Asia and leads the country at the first position.

Too Little Sleep Could Raise Your Dementia Risk

Hear This Out: These Tiny Ear-Implants Spun By Silkworms Can Help...