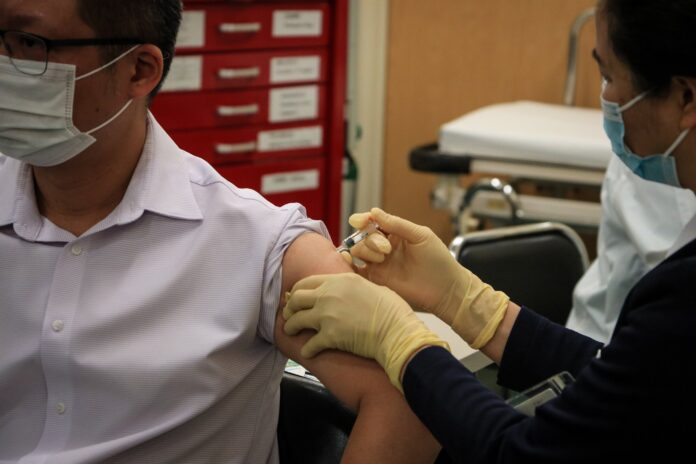 France is sticking to its plan to give over-55s the Johnson & Johnson vaccine suspended in the US and South Africa over rare blood clots, a government spokesman said Wednesday.

Gabriel Attal also reaffirmed the government’s confidence in the AstraZeneca jab as an “essential tool” in the fight against Covid-19, hours after Denmark said it was stopping its use, also over rare incidents of clots in people who received the vaccine.

France has already been using the AstraZeneca jab among over-55s and had been planning to boost its campaign with the Johnson & Johnson vaccine, which is similar to the AstraZeneca shot.

That plan appeared to be in jeopardy after Johnson & Johnson said Tuesday it would delay rollout of the vaccine in Europe after it was suspended in the US.

But Attal said the government had received a first delivery of 200,000 doses, which “arrived on our territory at the start of the week and are being delivered to GPs and pharmacies”.

His remarks came as EU chief Ursula von der Leyen warned the bloc was turning more heavily to BioNTech/Pfizer to make up for suspended Johnson & Johnson vaccine doses and for the longer term.

Her remarks came as more and more EU countries limit the use of the adenovirus-type vaccines produced by AstraZeneca and Johnson & Johnson to older people, who have yet to be affected by the clotting issue.

Denmark on Wednesday became the first EU country to abandon the AstraZeneca vaccine altogether, despite the World Health Organization and European Medicines Agency deeming it safe.

Reacting to the Danish move, Attal said: “We have confidence in the AstraZeneca vaccine as an essential tool in the fight against the Covid-19 epidemic.

“It is important that this vaccine continue to be deployed. It is a vaccine that is safe and works.”

World COPD Day: 8 things every Indian should know about Chronic...