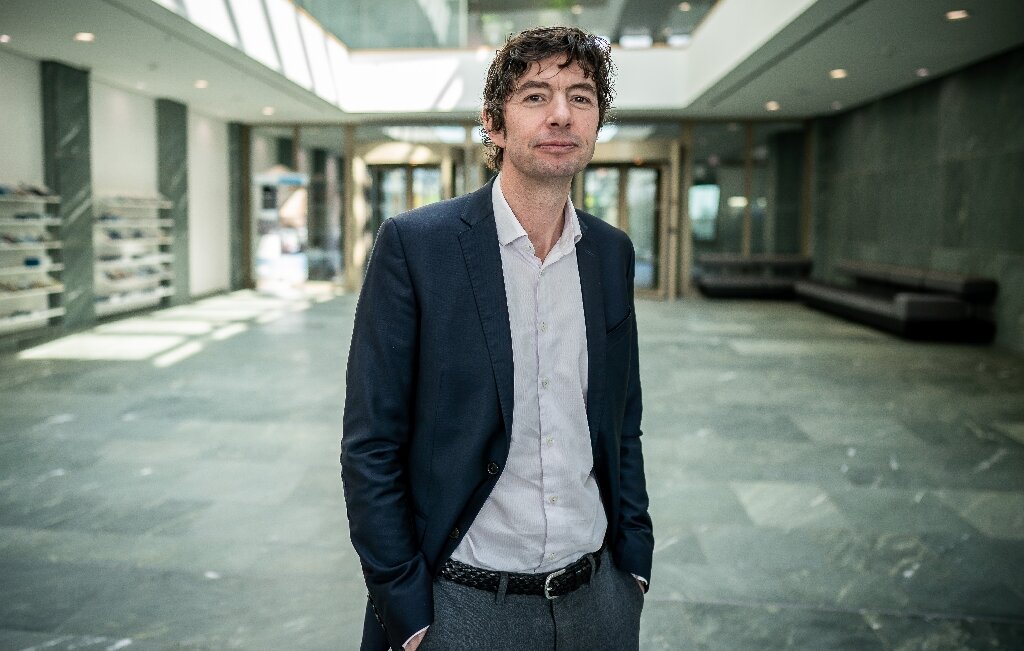 One of Germany’s top virologists has become a hate figure for conspiracy theorists and the anti-lockdown movement, leading to an ugly spat with the country’s top-selling newspaper and exposing a growing rift over scientists’ role in fighting the pandemic.

Christian Drosten, a global expert on coronaviruses, has advised Chancellor Angela Merkel’s government on COVID-19 measures credited with bringing the outbreak under control by early May and keeping the death toll relatively low.

But his high profile and frequent media appearances have also made him a lightning rod for a noisy minority that is angry about social distancing rules they see as too restrictive and even authoritarian.

The debate around the curly-haired scientist in his late 40s reached a peak this week when he became embroiled in a bitter public row with the tabloid-style Bild newspaper, which attempted to cast doubt on his scientific research.

‘Better things to do’

The Bild row centers around preliminary results from a study by Drosten’s Charite team that claimed children can spread COVID-19 as easily as adults. The issue is key as millions of parents hope to see schools completely reopen.

A Bild reporter gave Drosten just an hour to respond to a list of critical comments on the study from other scientists, provoking him to post an angry response on Twitter.

“I have better things to do,” he said, publicly shaming the reporter by posting a screenshot of the email, including his phone number.

The scientists cited by Bild have distanced themselves from the article, saying their comments were simply made in the spirit of critical feedback aimed at improving research.

Drosten has also fiercely defended the study, telling Spiegel magazine that Bild was not “really interested in understanding the scientific problem”.

But hostility towards the virologist has since snowballed. An image circulating on social media showed the faces of Drosten and Nazi doctor Josef Mengele side by side, with the caption: “Trust me, I’m a doctor.”

Drosten has even reported receiving a threatening package containing a capsule of liquid and a note saying “Drink this—then you will be immune.”

The government’s point man on fighting anti-Semitism, Felix Klein, slammed the Nazi image and its “demonizing of an extremely deserving scientist”.

“Anyone who uses such cynical rhetoric and imagery to express their views disqualifies themselves from any further discussion,” he said.

Interior Minister Horst Seehofer has also waded into the argument, saying his ministry was following the death threat “very closely, with a strategy of zero tolerance”.

In an interview with Spiegel published Friday, Bild editor-in-chief Julian Reichelt insisted the study had used “questionable methods” and accused other media of mounting a “evil campaign against perfectly legitimate reporting”.

Drosten has repeatedly taken to Twitter to defend himself—but this is a double-edged sword, as Spiegel has pointed out: “The more Drosten uses his social media power, the more he himself is drawn into the social media swamp. And this is not a good place for a scientist.”

The virologist already warned in his podcast back in March that too much media attention would push scientists to withdraw from public life.

“I see myself drawn as a cartoonish figure and it makes me feel bad,” he said, warning that a tendency to “dramatize” in the media could sow “dissatisfaction in society”.

Drosten, whose team at Berlin’s Charite university hospital was the first worldwide to develop a test-kit for COVID-19, quickly found himself thrust into the spotlight when the pandemic reached Germany and he became a trusted advisor to the government.

He has been called a “guru” and “godsend” for his expertise on the virus. Polls show strong public backing for the government measures which have sharply lowered the rate of infection and allowed for an opening up of businesses and restaurants.

Drosten’s podcast on the virus has consistently topped national charts since it was launched in February in collaboration with public broadcaster NDR and he has become a regular on panels and talk shows.

But opposition to virus restrictions has swelled in recent weeks, even as the states move to begin relaxing the measures, with thousands taking part in rowdy, sometimes violent demonstrations in German cities.

The movement brings together diverse groups of conspiracy theorists, political extremists, so-called anti-vaxxers, and people concerned about a curtailment of civil liberties.

Authorities have also pointed to a troubling anti-Semitic streak in some of the groups’ messaging. More than 60 protests are planned across the country this weekend.

Citation:
German virus ‘guru’ in crosshairs of lockdown critics (2020, May 29)
retrieved 30 May 2020
from https://medicalxpress.com/news/2020-05-german-virus-guru-crosshairs-lockdown.html

Nearly 72% of Black patients with gynecologic cancer and COVID-19 were...

These 5 Things Including Fast Food Can Increase Your Intake More,...

Are you homeless? You are at higher risk of insomnia and...

Routine blood tests could be key to stopping the silent killer...