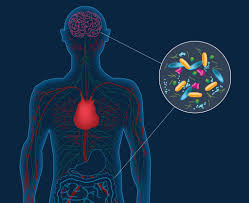 Los Angeles, Dec 3 (PTI) Scientists have for the first time showed that changes in the gut bacteria may be linked to Parkinsons disease and even cause the deterioration of motor skills that is the hallmark of the disorder.

Characteristic features of PD include symptoms such as tremors and difficulty walking, aggregation of a protein called alpha-synuclein (aSyn) within cells in the brain and gut, and the presence of inflammatory molecules called cytokines within the brain.

In addition, 75 per cent of people with PD have gastrointestinal (GI) abnormalities, primarily constipation.

“The gut is a permanent home to a diverse community of beneficial and sometimes harmful bacteria, known as the microbiome, that is important for the development and function of the immune and nervous systems,” said Sarkis Mazmanian, California Institute of Technology in the US.

“Because GI problems often precede the motor symptoms by many years, and because most PD cases are caused by environmental factors, we hypothesised that bacteria in the gut may contribute to PD,” he said.

One group of mice had a complex consortium of gut bacteria; the others, called germ-free mice, were bred in a completely sterile environment and thus lacked gut bacteria.

The researchers had both groups of mice perform several tasks to measure their motor skills, such as running on treadmills, crossing a beam, and descending from a pole.

The germ-free mice performed significantly better than the mice with a complete microbiome.

“Once you remove the microbiome, the mice have normal motor skills even with the overproduction of aSyn,” Sampson said.

“All three of the hallmark traits of Parkinsons were gone in the germ-free models,” Sampson said.

When gut bacteria break down dietary fibre, they produce molecules called short-chain fatty acids (SCFAs), such as acetate and butyrate.

Previous research has shown that these molecules also can activate immune responses in the brain. Thus, Mazmanians group hypothesised that an imbalance in the levels of SCFAs regulates brain inflammation and other symptoms of PD.

Indeed, when germ-free mice were fed SCFAs, cells called microglia – which are immune cells residing in the brain?became activated. Such inflammatory processes can cause neurons to malfunction or even die.

The pandemic’s next few months could be the hardest. A researcher...

COVID-19 may deepen depression, anxiety, and PTSD among pregnant and postpartum...