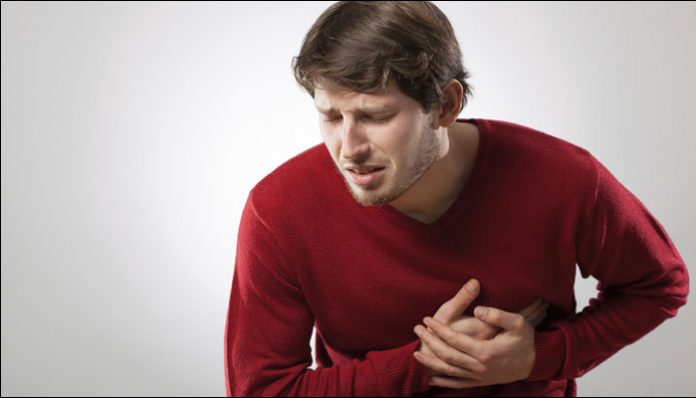 New Delhi: With one third of heart failure patients dying within six months of diagnosis, cardiologists have said that heart failure in India occurs a decade earlier than elsewhere in the world, where the average age is 59.

On the eve of World Heart Day, AIIMS cardiologist Sundeep Mishra cautioned citizens against early cardiac issues as out-of-pocket expenditure and lack of infrastructure are corroborating to the increase in disease prevalence, while Cardiological Society of India President M.S. Hiremath said that a third of heart failure patients die in the hospitals within six months of their diagnosis.

“This is an indication of how sick the patients are when they report to us. Basic knowledge of managing heart failure or detecting the disease at an early stage is missing, so it is difficult to manage them in the hospital,” Hiremath said in a statement.

An earlier study, the International Congestive Heart Failure study, had said that death rate of patients due to heart failures in Southeast Asia is 15 per cent, while it is seven per cent in China, nine per cent both in South America and West Asia — significantly lower than in Indian patients.

Mishra, a Professor of Cardiology at New Delhi’s All India Institute Of Medical Science, said that in India, heart failure occurs a decade earlier than in western countries.

“There is availability of new treatment options like sacubitril/valsartan – combination of two existing blood pressure reducing medications which are found to be highly effective,” he said.

The risk of death in heart failure patients is comparable to that of patients with advanced cancer, and currently costs the world economy $108 billion every year.

The experts have also said that due to late diagnosis and adoption of unfriendly heart activities, a large chunk of the youth population is becoming patients of heart by-pass surgeries, a situation not very different in other parts of the world.

“The stress, strain, pollution and all sorts of things exists everywhere in the world and its affecting the youth population extremely,” said Sanjeev Aggarwal, Director of Centre for Cardiac Sciences at the city’s Saroj Super Speciality Hospital.

“There is a general tendency towards younger population getting heart diseases in underdeveloped countries.”

G-20 leaders agreed to strengthen WHO to fast-track process for emergency...

How the COVID pandemic has impacted issues of obesity