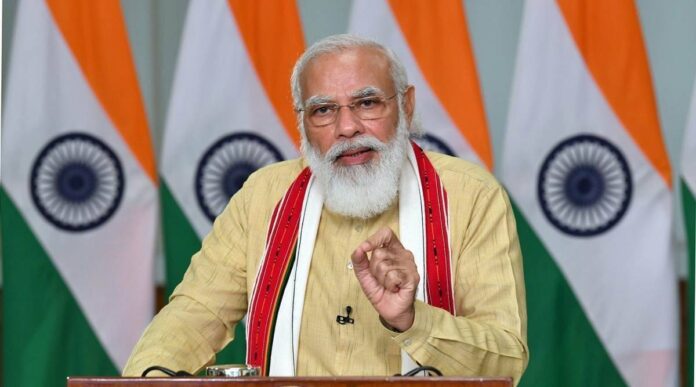 The country on Monday achieved yet another feat by administering more than 1 crore vaccine doses for the third time in the last 11 days. On Monday, a total of 1,05,76,911 doses were administered, the officials stated. They also added that the figure is expected to rise as the final reports for the day will be out by late night.

In India, September started that on a high note vaccination wise. The day marked the 1 crore vaccinations and under the leadership of prime minister Narendra Modi, the world’s largest vaccination drive is scaling massive heights, tweeted the Union Health Minister Mansukh Mandaviya. The cumulative number of vaccine doses administered in India has crossed the 69.68 crore-mark, the Union Health Ministry further added. Prime Minister Narendra Modi also shared the news on Twitter and wrote, “Great day for India, both on the vaccination cricket front”.

On Tuesday, India saw a single-day drop in daily covid-19 cases. According to the health bulletin released by the government, Indian recorded 31,222 fresh covid 19 cases in the last 24 hours. The data shows that in India, 290 people succumb to covid 19 infection and other related ailments in a span of one day. The total active cases in the country has also reached below the 4-lakh mark.

AI used to predict early symptoms of schizophrenia in relatives of...

WHO assessing Covaxin data for EUL; Decision date “to be confirmed”