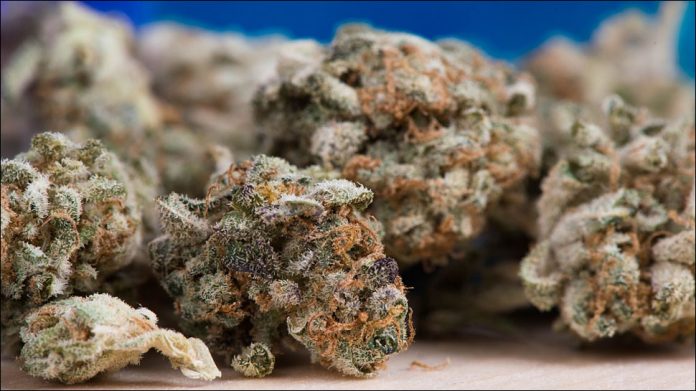 New Delhi: Describing it as a useful treatment for epilepsy and palliative care, the World Health Organisation (WHO) has declared that medical marijuana carries no health risks.

Marijuana is a widely known drug and cannabis leaves, the plant which it is prepared from, are normally smoked by people across the world to get a high.

However, the medicinal properties of cannabis leaves are gradually coming into the public view as scientists reveal one discovery after another.

Despite legalization of cannabis across the world, health officials were still issuing warnings about the drug and were considering making it illegal.

However, after months of investigation, the UN health agency has concluded that that cannabidiol (CBD) does not carry any addiction risks and cannot be a scheduled drug.

A scheduled drug refers to a product that is regulated by the government and is illegal to manufacture or distribute.

Had they chosen to make it illegal, it would have banned physicians from prescribing medical marijuana across the world.

According to the Metro UK, the report published on Thursday stated: ‘There is increased interest from Member States in the use of cannabis for medical indications including for palliative care.

‘Responding to that interest and increase in use, WHO has in recent years gathered more robust scientific evidence on therapeutic use and side effects of cannabis and cannabis components.’ ‘Recent evidence from animal and human studies shows that its use could have some therapeutic value for seizures due to epilepsy and related conditions.’

Tens of thousands of people in the UK already break the law and use cannabis for relief.

According to the Sun when the issue was debated in 2015, the government responded by saying, “Substantial scientific evidence shows cannabis is a harmful drug that can damage human health.

“There are no plans to legalise cannabis as it would not address the harm to individuals and communities.”

Raul Elizalde, who campaigned to get his epileptic daughter CBD treatment, welcomed the new report. He told Daily Mail Online: ‘I’m ecstatic that these international health leaders agree that CBD is a substance that should not be scheduled and has therapeutic value for a variety of medical conditions.’ ‘It has changed our life.’ Elizalde, who is founder and president of HempMeds Mexico, added: ‘We look forward to continuing our conversation about its many benefits in 2018.’

5 ways the world is better off dealing with a pandemic...

New Delhi tops list of cities with most degraded hearing