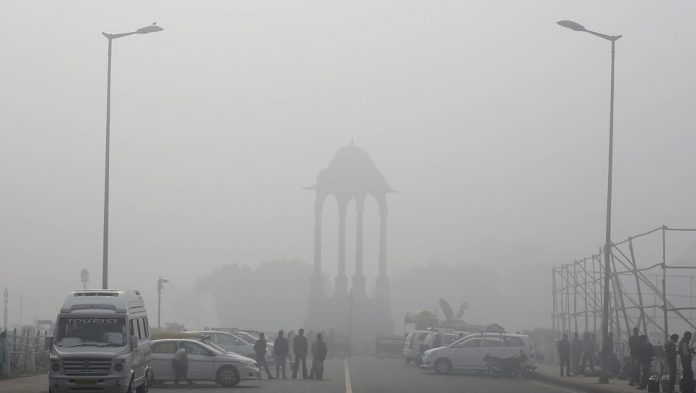 This winter, Kolkata seems to be aiming hard for the crown for the most polluted Indian metro city, a dubious pole position currently held by New Delhi.

Kolkata’s air pollution at the end of December was in the same category as that of Delhi at “very poor”, which the Central Pollution Control Board of India says may trigger “respiratory illness on prolonged exposure”. Environmentalists claim that Kolkata’s air pollution is actually worse than that being reflected in official data.

Even official data admits that people in Kolkata had to breathe highly toxic air from December 23 to 31. The Air Quality Index (AQI), an indicator used globally to assess pollution status, of Kolkata was 346 during the period, while it was a shade higher (374) in Delhi.

During the period, air pollution spiked on December 25 and 31 in Kolkata, reaching a ‘severe’ condition, considered the worst status possible; it can adversely affect healthy people and seriously impact those with existing diseases.

Male triathletes may be putting their hearts at risk: Study

Health Tips These Are Home Remedies To Increase Immunity Power There...

Spain to extend coronavirus lockdown through May 9: PM