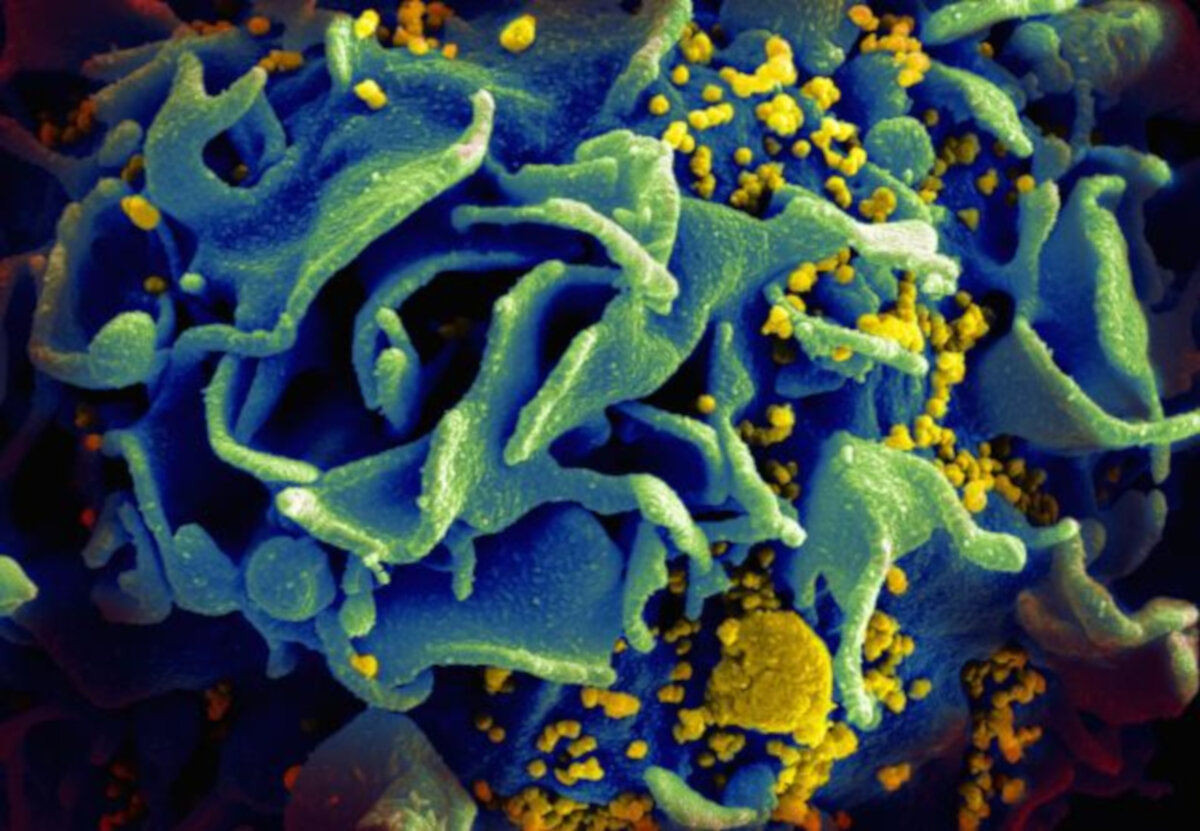 While current antiretroviral treatments for HIV are highly effective, data has shown that people living with HIV appear to experience accelerated aging and have shorter lifespans—by up to five to 10 years—compared to people without HIV. These outcomes have been associated with chronic inflammation, which could lead to the earlier onset of age-associated diseases, such as atherosclerosis, cancers, or neurocognitive decline.

A new study led by researchers at Boston Medical Center examined what factors could be contributing to this inflammation, and they identified the inability to control HIV RNA production from existing HIV DNA as a potential key driver of inflammation. Published in The Journal of Infectious Diseases, the results underscore the need to develop new treatments targeting the persistent inflammation in people living with HIV in order to improve outcomes.

After infection, HIV becomes a part of an infected person’s DNA forever, and in most cases, infected cells are silent and do not replicate the virus. Occasionally, however, RNA is produced from this HIV DNA, which is a first step towards virus replication. Antiretroviral treatments help prevent HIV and AIDS-related complications, but they do not prevent the chronic inflammation that is common among people with HIV and is associated with mortality.

“Our study set out to identify a possible association between HIV latently infected cells with chronic inflammation in people with HIV who have suppressed viral loads,” said Nina Lin, MD, a physician scientist at Boston Medical Center (BMC) and Boston University School of Medicine (BUSM).

For this study, researchers had a cohort of 57 individuals with HIV who were treated with antiretroviral therapy. They compared inflammation in the blood and various virus measurements among younger (age less than 35 years) and older (age greater than 50 years) people living with HIV. They also compared the ability of the inflammation present in the blood to activate HIV production from the silent cells with the HIV genome. Their results suggest that an inability to control HIV RNA production even with antiretroviral drugs correlates with inflammation.

“Our findings suggest that novel treatments are needed to target the inflammation persistent in people living with HIV,” said Manish Sagar, MD, an infectious diseases physician and researcher at BMC and the study’s corresponding author. “Current antiretroviral drugs prevent new infection, but they do not prevent HIV RNA production, which our results point as a potential key factor driving inflammation in people living with HIV.”

According to the Centers for Disease Control and Prevention, it is estimated that 1.2 million Americans are living with HIV; however, approximately 14 percent of these individuals are not aware that they are infected. Another CDC reporter found that of those diagnosed and undiagnosed with HIV in 2018, 76 percent had received some form of HIV care; 58 percent were retained in care; and 65 percent had undetectable or suppressed HIV viral loads. Antiretroviral therapy prevents HIV progression and puts the risk of transmission almost to zero.

The authors note that these results need to be replicated in larger cohorts. “We hope that our study results will serve as a springboard for examining drugs that stop HIV RNA production as a way to reduce inflammation,” added Sagar, also an associate professor of medicine and microbiology at BUSM.

Citation:
New cause of inflammation in people with HIV identified (2020, October 30)
retrieved 31 October 2020
from https://medicalxpress.com/news/2020-10-inflammation-people-hiv.html

Calls grow for US to rely on rapid tests to fight...

Sexual receptivity and rejection may be orchestrated by the same brain...

In blooper, Punjab campaign says AIDS can spread through handshakes

What Are the Types of Abdominal Incisions? Procedure & Complications

How Do You Stop Stomach Cramps?

Should I Get a Cholesterol Test?

Scientists Find Clues to Why AstraZeneca’s Vaccine May Cause Clots