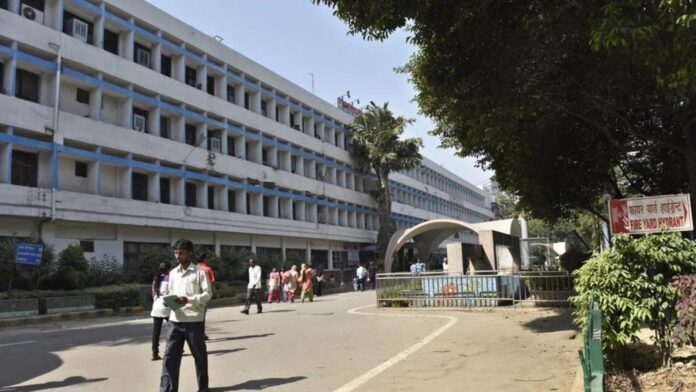 Delhi Chief Minister Arvind Kejriwal on Sunday laid the foundation stone of a 1,430-bed government hospital in Shalimar Bagh, and said the facility will be ready in the next six months.

Addressing a gathering at the hospital construction site in Shalimar Bagh, Kejriwal said the city had witnessed a dearth of hospital beds, ICU beds and medical oxygen during the second wave of coronavirus pandemic.

“As a responsible government, we are taking all important steps for the third wave. Today, I have laid the foundation stone of a new 1,430 bed government hospital here (Shalimar Bagh). All these beds will be ICU beds and every bed will be equipped with oxygen supply. This hospital will be completed within six months,” Kejriwal said.

He said the government is constructing seven new hospitals (including Shalimar Bagh) with a total capacity of 6,800 beds in the city, which will give a boost to health infrastructure and medical facilities in Delhi.

“It will be a world record when the Delhi government will build seven new government hospitals with a capacity of 6,800 beds in the next six months,” Kejriwal said later in a statement.

“Because the people chose an honest government, it costs only Rs 20 lakh to build an ICU bed, whereas earlier even a normal bed would cost Rs 1 crore,” he said.

The CM also said the government will develop and implement an international standard system for medical care and facilities.

The government will implement the Health Information Management System (HIMS) which will help in providing world class medical facilities, he said.

“We will implement HIMS and I don’t think any country in the world has such a system yet. We will also distribute health cards to citizens. People with health cards will get free treatment at hospitals,” Kejriwal said.

Through HIMS, the government will have all medical related data of citizens and people will be able to book online appointments with doctors at government hospitals. It will end queues for people at hospitals.

The Chief Minister’s Office also tweeted, “The foundation stone of another state-of-the-art government hospital in Delhi was laid by Chief Minister Arvind Kejriwal. Shalimar Bagh Hospital will have 1,430 ICU beds. Its estimated cost is around Rs 275 crore. Apart from the ground floor, it will have two storeys with two OT complexes.” Kejriwal, in a statement, said that before the formation of AAP government, if a state-run hospital of 100 beds had to be built then the cost of 100 normal beds used to come at the rate of Rs 1 crore per bed.

“This was before 2015, when our government was not formed. At the same time, the total cost of this hospital being built is Rs 275 crore, in which 1,430 beds are being made. This hospital is costing Rs 20 lakh per bed and that too with ICU beds,” Kejriwal added.

Health Minister Jain also tweeted, “Delhi government is going to build another state-of-the-art hospital for the people of Delhi. Its foundation was laid by Chief Minister Arvind Kejriwal in Shalimar Bagh today. The construction work of this hospital with a capacity of 1,430 beds will be completed in the next 6 months.” During the event, a ‘havan yagya’ was also performed and Kejriwal along with Jain participated in the ritual according to traditions and unveiled a commemorative stone plaque.

Uplift Education is Here to Support the College Success of Underserved...

For Women Who’ve Miscarried, Aspirin Before, During Pregnancy Could Improve Outcomes

How does the electronic medical record affect physician education?