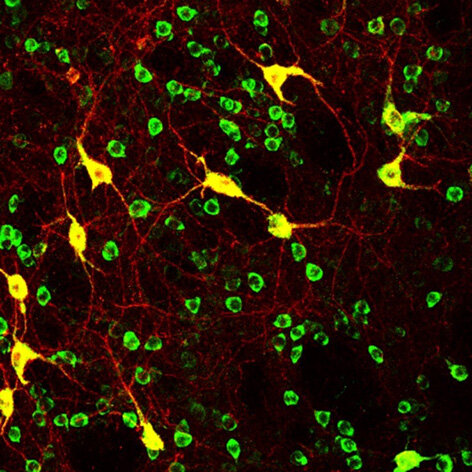 A new study explains how cocaine modifies functions in the brain revealing a potential target for therapies aimed at treating cocaine addiction. The study was published this week in Cell Reports.

Researchers from the University of California, Irvine have demonstrated that a key receptor for dopamine, called D2 (D2R), intervenes in the mechanism through which cocaine modifies functions in the striatum, a region of the brain responsible for the psychomotor and rewarding effects of drugs like cocaine, directly involved in the process of addiction.

“In our study, we show that D2R signaling over cholinergic interneurons (ChIs) and acetylcholine (Ach) release exerts a major control in the striatum, which is required for the normal functioning of striatal circuits,” said Emiliana Borrelli, Ph.D., a professor of microbiology and molecular genetics, pharmaceutical sciences, and member of the Center for Epigenetics and Metabolism at the UCI School of Medicine.

“Cocaine use drastically elevates dopamine levels in the striatum, and causes the dopamine D2 receptor (D2R) to inhibit striatal acetylcholine signaling, resulting in cocaine-induced changes in behavior and the striatal genomic response,” said Borrelli. “By genetic ablation of D2R in cholinergic interneurons, we disrupt the dopamine-mediated inhibition of these neurons and reduce the addictive effects of drugs like cocaine.”

The study indicates that D2R activation in cholinergic interneurons is indeed central to the control of striatal neuronal circuits and significantly affects the motor and cellular responses to cocaine.

“Our study emphasizes the importance of the dopaminergic control on striatal responses to psychostimulants and may pave the way for future therapeutic strategies to treat substance use disorders,” said Borrelli.

Cocaine is a psychomotor stimulant that when ingested stimulates the central nervous system increasing motor activity and producing euphoria, excitement, and a feeling of reward. Understanding how psychomotor stimulants modify striatal functions is critical to fighting addiction to this drug.

According to the American Addiction Centers, nearly a million American adults (over age 12) struggled with a cocaine use disorder in 2017. The Foundation for a Drug Free World, states cocaine is one of the most dangerous drugs known to man. Once a person begins taking the drug, it has proven almost impossible to become free of its grip physically and mentally. Physically it stimulates key receptors (at nerve endings that sense changes in the body) within the brain that, in turn, create a sense of well-being to which users quickly develop a tolerance. Only higher dosages and more frequent use can bring about the same effect.

No Efficacy Data For One Of Two Covid Vaccines Cleared By...