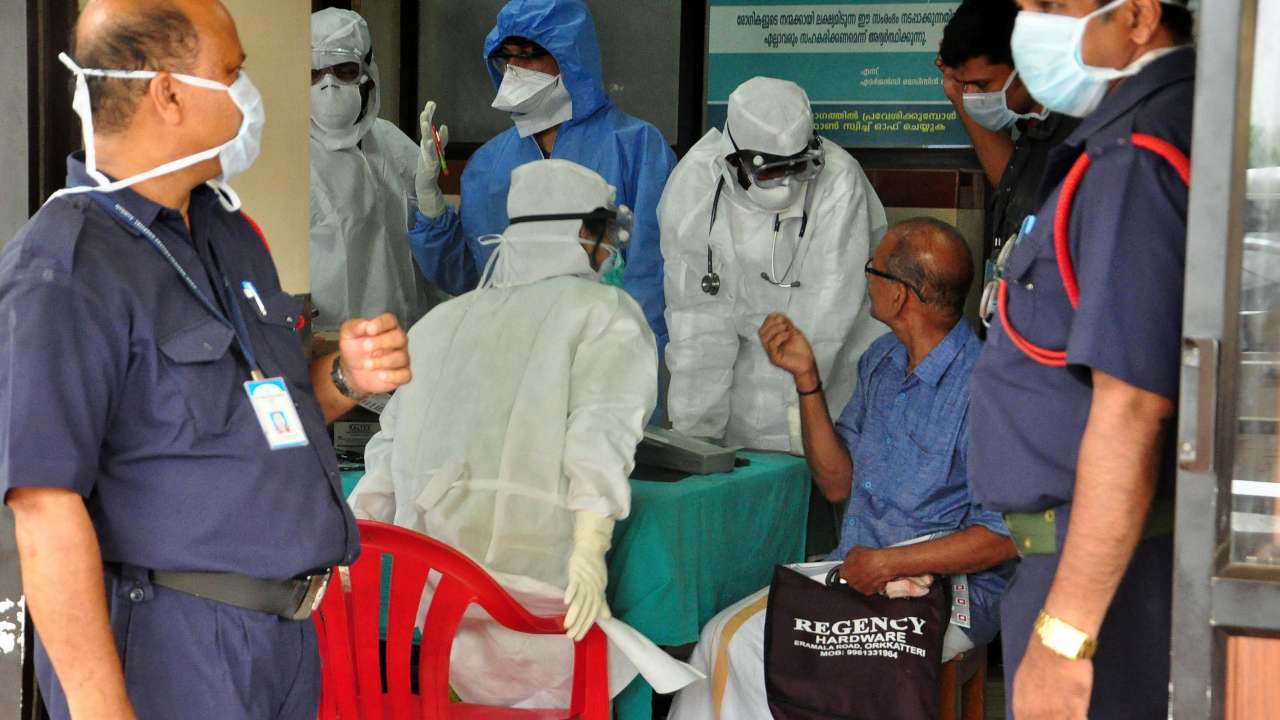 The Nipah virus has so far claimed 10 lives in Kozhikode and Malappuram districts in north Kerala while the condition of two persons undergoing treatment for the viral disease is said to be critical, state Health Minister K K Shylaja said on Tuesday.

The World Health Organisation (WHO) has also been informed about the outbreak of the virus in Kerala.

An expert team from the National Centre for Disease -Control (NCDC), including its director, Dr Sujeet Kumar Singh and Head of Epidemiology, Dr S K Jain, are already in Kerala.

A high level team from AIMS has also reached the state.

WHO has stated that there is no vaccine to control the virus, but a drug manufactured in Japan appears to be the solution. The drug, Favipiravir, manufactured by Toyachama Chemicals, a Japan-based pharmaceutical company owned by Fuji Film’s health division, has gone beyond clinical trials and has been approved by the Japanese government.

The drug is an anti H5N1, anti-ebola drug as well. According to science journal Nature, administering the drug twice a day orally or once through an injection for 14 days ‘fully protected animals challenged with a lethal dose of Nipah virus’

Earlier, the first death happened on Friday in Kozhikode. “This is a new situation for us. We have no prior experience in dealing with the Nipah virus,” said state health minister Shylaja. “We are hopeful we can put a stop to the outbreak.”

Of 18 people screened for the virus, 12 came back positive, she told a news conference, adding that 10 of them had died, with the other two being monitored closely.

Three of the victims, members of the same family, are suspected to have been infected by bats that crowded a well near their home, said a local government official, UV Jose.

“We have closed the well and evacuated the people living nearby,” said Jose, adding that federal health officials who visited the area were investigating.

The deaths had sparked concern among residents, he added.

“A large number of people affected by fever, and even minor ailments, are swarming to hospitals, fearing they have contracted the disease,” Jose said.

“We’ve sought the help of private hospitals to tide over the crisis.”

Health surveillance has been stepped up across Kerala, the state’s health secretary, Rajeev Sadananda, told Reuters.

The virus was first detected in Malaysia in 1998, and India’s eastern state of West Bengal has suffered two outbreaks in the last decade, killing 50 people, the WHO has said.dnaindia

MobileIron Research Reveals the Future of Work is Everywhere: More Than...

Routine eye scans may give clues to cognitive decline in diabetes

Nurses Can Make the Difference for New Moms’ Breastfeeding