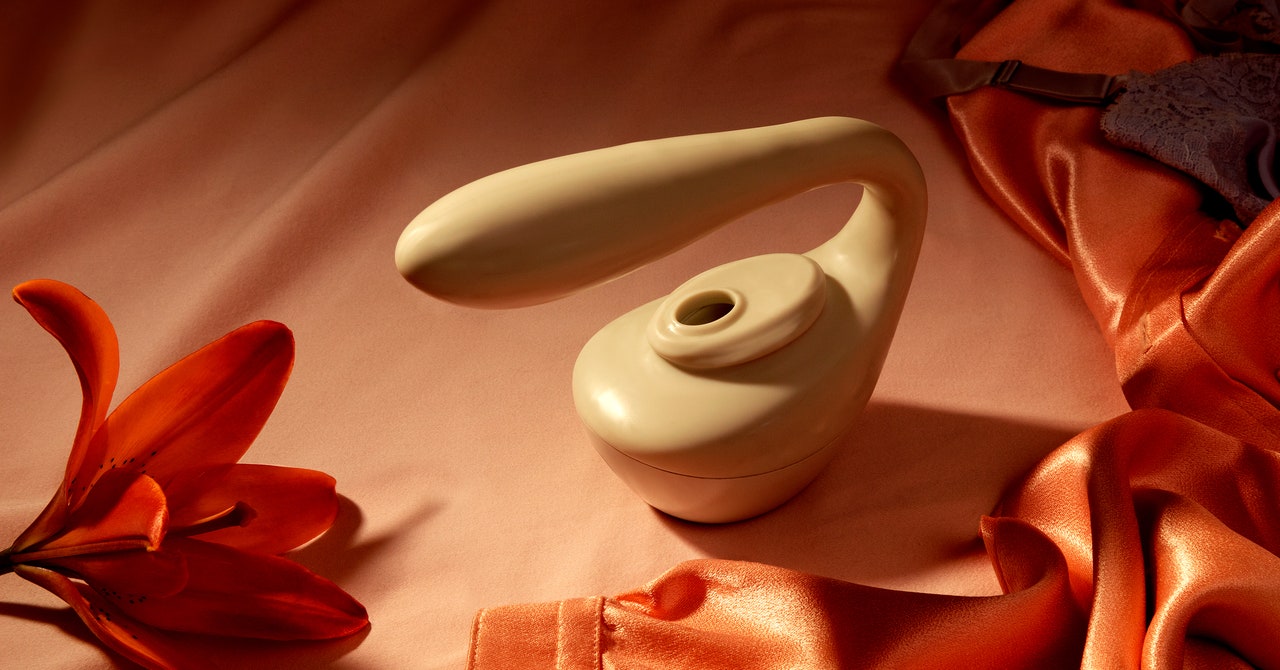 Indeed, even in the lead-up to Las Vegas for this year’s CES, the Osé—which had by then been named one of Time‘s 100 Best Inventions of 2019, alongside the newest Impossible Burger and the Oculus Quest—was still something of a mystery.

In April 2020, somewhere in Seattle, a 39-year-old man with a shaved head and scruffy facial hair lifts an Osé toward the camera of his laptop. Then he pulls a camping knife from his pocket and jabs the dual massager at the bottom of its bulbous head.

These are the early days of the Covid-19 lockdown, and Brian Sloan, the man in question, has apologized, via Skype, for his schlubby outfit: a light-gray fleece hoodie and dark-gray pants, the same ones he’s been wearing for two weeks. Sloan, the inventor of the Autoblow, the Slaphappy, and the 3Fap, is no stranger to the inner workings of pleasure products. “I take apart most sex toys,” he tells me, so as to better understand his competitors. (Many sex toy designers do the same.) Sloan has disassembled air-pressure-driven products like the Womanizer and the Satisfyer. He has deconstructed automated strokers like the Fleshlight Launch. “Anything that’s mechanical, I’ve taken apart, pretty much,” he continues. Today, Sloan is determined to peer inside the Osé, and I’ve invited myself along to watch.

His surgery begins with an excavation of the product’s “robotic” G-spot stimulator—its hardware for come-hithering. Sloan slices into the silicone skin and peels it off as if he’s husking corn. The stimulator, thus denuded, is an oblong plastic pod with a serrated slot carved along one side. Sloan powers up the toy and watches as the motor starts to whir. There’s a screw inside the pod, and with juice it begins to twist and push a plastic ball, about the width of someone’s finger, that moves back and forth along the length of the housing’s opening. The screw is positioned at an angle such that the ball protrudes each time it makes its way up along the treads and then recedes inside for each return. “It’s like one of these genius, simple solutions to making something,” pronounces Sloan—a clever, low-cost hack. (“Sloan’s speculation about Osé technology and manufacturing costs for Osé is incorrect,” the company said, noting that the US Patent Office has deemed the device novel and unique.)

At first glance, Brian Sloan seems like the yin to Lora Haddock DiCarlo’s yang: Where DiCarlo makes products that help women discover their bodies, Sloan’s flagship product, the Autoblow, advertises “unlimited, perfect blowjobs” for men. Where DiCarlo surveyed potential customers about their anatomical measurements, Sloan set up beauty pageants to find the world’s most exquisite vaginas and anuses. (He promised the winners thousands of dollars in exchange for 3D scans of their orifices, which would be the basis for his future toys.) Where DiCarlo has been a champion of the industry’s push into the “wellness” mainstream, Sloan is all too happy to wallow in the sleaze.

They also have their similarities. DiCarlo’s marketing, aimed largely at direct-to-consumer sales, invokes the language of advanced technology: microrobotics, biomimesis, data-driven design. So does Sloan’s: His Autoblow AI device, also sold directly through a website, is said to replicate fellatio techniques based on a machine-learning analysis of 1,000 hours of video footage. Like DiCarlo, Sloan was once on the path to a more conventional career. He made his way into the sex industry after getting a law degree from Penn State. She’s said that she dropped out of medical school to form a tech company after having a powerful orgasm. In the aftermath, she lay there “drooling, thinking, ‘That was cool. How do I do that again by myself?’”

Sloan has sold hundreds of thousands of blowjob machines, though his company has just a handful of full-time employees and no dedicated marketing team. And with production at his factories in China slowed by the pandemic, he’s got all the time in the world to investigate the Osé. Having just pried apart its G-spot stimulator, he now turns to its flexible neck. Beneath the silicone skin he finds another tube, the structure that gives the sex toy its special flexibility. Coyote Amrich of Good Vibrations had been especially impressed by this innovation. Most sex toys aren’t designed to be bent at all, she told me, but the Osé could be molded into seemingly infinite contortions. “The technology is something I haven’t really seen before,” she said.

Health Tips Coffee Drinkers Should Be Careful Know Why

Depression Gene Identified: 5 Foods You Must Have for a Healthy...