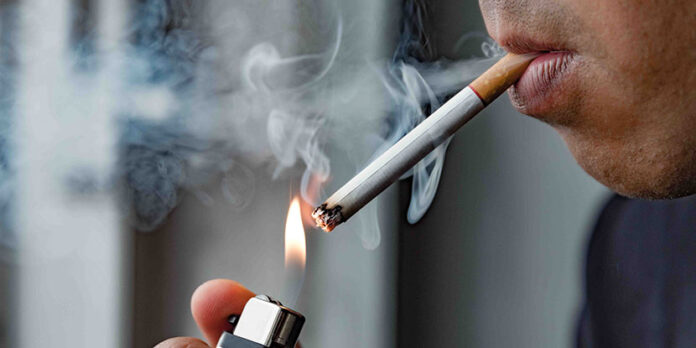 Consumer Online Foundation (COF), Patient Safety & Access Initiative of India Foundation (PSAIIF), The AWARE CONSUMER (TAC) and Healthy You Foundation in association with PHD Chamber of Commerce and Industry (PHDCCI), today on the occasion of ‘World No Tobacco Day’ organised a webinar to deliberate on protecting the consumers who are getting victimised under the influence of NGOs of western countries and consuming spurious and inferior quality tobacco products. The webinar also discussed the amendments proposed in the COTPA law by the Ministry of Health of Family Welfare and its impact on consumers and livelihoods of retailers who reeling under the attack of second wave COVID-19 pandemic.

The illustrious panel comprising consumer policy experts, scientists, healthcare professionals, farmer leaders, academicians, and people representatives among others unanimously recommended regulation on the unorganised tobacco trade in India and called for equitable taxation policies across all types of tobacco products to ensure quality products is available to consumers. It also suggested a symmetrical increase in taxes across all types of untaxed tobacco products which is widely available in the form of chewing tobacco, gutka, pan masala variants, zarda etc. and affecting the health of the consumers. These products are consumed by the poorer section in India due to their affordability and accessibility in the absence of any regulations and taxation. Failure to bring them under the ambit of a uniform tax structure defeats the purpose of a tobacco control programme. Bringing in appropriate regulations and ensuring that all tobacco products are equitably will not only reduce its consumption or ensure superior quality product is offered to consumers but will also fetch additional revenues to the government.

Stressing on the need to avoid the adoption of any coercive tobacco control measures, under the influence of vested interests, to force stop consumers from consuming tobacco products, the expert panel observed that measures proposed under the COTPA Amendment Bill 2020 may not induce any significant change in tobacco consumption behavior of people. Instead, consumers will feel that they will start consuming more tobacco as they will be forced to buy full packs or switch over to other forms of tobacco like smokeless products which are of inferior quality. Noting that the unemployment rate in the country has already gone up to 14.7% as per the latest data from the Centre for Monitoring Indian Economy (CMIE) for the week ended May 23, the panel further opined that such draconian measures will only benefit e-commerce and modern retail outlets at the cost of small retailers who are already under duress due to COVID induced lockdown in different parts of the country.

Advocating the rights of the consumers, Prof. Bejon Kumar Misra, Founder Director, PSAIIF and Founder Trustee, COF said, “Eventually, it is the aware consumer who will decide what to consume and what not to consume. Till such time there is demand for tobacco products, the government has no right to deny customers the product as otherwise, they will find illegal ways to source the product. So, the government should focus on ensuring the availability of the right quality product to customers in an authentic manner.”

Given India’s tobacco consumption pattern, which is predominant in the form of chewing tobacco, the government should give priority to regulating the unbranded and illegal tobacco products. The thrust of its awareness programme should be in the villages and tier-3 towns instead of big cities where consumers are already aware,” he added.

Citing PRAHAR’s recent research to understand the likely impact of the proposed COTPA Amendment Bill 2020 on consumers and retailers, Mr Abhay Raj Mishra, President, PRAHAR ((Public Response Against Helplessness and Action for Redressal) stated, ““The amendments under the COTPA law will increase tobacco consumption amongst the consumers instead of curbing it. The online survey involving 1968 respondents across the country revealed that 87% of the participants are of the view that the proposal to stop the sale of loose cigarettes is self-defeating. It observed that 57% of consumers buy loose cigarettes to control smoking and the ban will force them to buy full packs making cigarettes readily available in the hands of consumers leading to increased smoking.  55% of the respondents felt that they will not be able to make an informed choice with regards to tobacco products through in-store branding and will end up buying a low-quality product.”

There is also a huge discontentment among petty retailers and survey concluded amongst 984 respondents through an online platform also showed dissatisfaction amongst the community. 95% of the respondents feels threatened because of drastic increase in penalties and making offences cognizable in the proposed amendments in the COTPA law. The respondents feel that if the amendments gets implemented, it will increase harassment by authorities even for small issues or will breed corruption. 33% of the respondents feel that they will have to shut shop to save themselves from such high level of harassment and corruption and will ultimately lose their livelihood.”

Sharad Tandan of Tobacco Institute of India said, “High and escalating taxes on Cigarettes provide a profitable arbitrage opportunity for tax evasion. This has helped smuggled and illicit cigarette trade to flourish in India in the last one-and-a-half-decade, doubling from a level of 13.5 billion sticks in 2006 to 28 billion sticks in 2019. While the legal Cigarette Industry has shrunk by around 22% during the same period. Thus, going forward, any policy development or extreme regulations should bear in mind the consequences of such measures on the legal cigarette industry and the livelihood of millions.”

Raising the farmer’s concerns Mr. Javare Gowda, President, Federation of All India Farmer Associations (FAIFA),said, “India is the second largest producer of tobacco in the world and a large exporter. Tobacco is cultivated in 13 States in the country providing livelihood to 4.57 crore people, that includes lakhs of farmers, labourers, poor rural population and tribals and their families. Policy makers have been implementing harsh tobacco regulations, however, there has been no talk or action taken regarding the actual problems of the tobacco farmers. Adverse proposals under the COTPA Amendment Bill if implemented will have a further detrimental effect on the livelihoods of FCV farmers who cannot grow any other equally remunerative crop in their dry and arid regions.”

“There is currently insufficient information to confirm any link between use of tobacco or nicotine and COVID-19” said Shri Prafull D Sheth, Former Vice President of FIP and a renowned Pharmacists in India.

The recommendations discussed during the webinar were submitted to Honourable Prime Minister’s office, Ministry of Health of Family Welfare, Commerce Ministry and other relevant ministries for their perusal and consideration.

India to start limited trains as it looks to ease lockdown