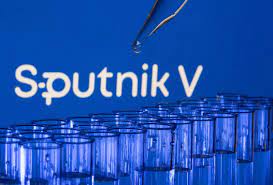 Pharmaceutical major Wockhardt will be producing Sputnik V vaccines in India. The company said on Friday it has partnered with the Russian Direct Investment Fund (RDIF) to produce Sputnik V and Sputnik Light Covid-19 vaccines in the country.

The agreement was signed between Wockhardt and Enso Healthcare, part of the Enso Group, which is RDIF’s coordination partner for sourcing Sputnik V vaccines in India.

Wockhardt will manufacture and supply to Enso up to 620 million doses of the Sputnik V vaccine and the Sputnik Light vaccine, Wockhardt said.

RDIF has also tied up with Serum Institute of India (SII) to produce 300 million doses of Sputnik V in India. RDIF also has agreements with other Indian manufactures and for producing 850 million doses of the Sputnik V vaccines a year in the country.

Enso Healthcare is a company incorporated in Dubai (UAE) and has a tie-up with Human Vaccine LLC (HV), a wholly owned subsidiary of the management company of RDIF for the manufacture and supply of the Sputnik V and Sputnik Light vaccines. The technology transfer would happen from HV. Wockhardt will be the contract manufacturer of Sputnik V and Sputnik Light vaccines for the international markets.

Sputnik offers protection against new variants of the novel coronavirus, which is now known as Covid-19. Sputnik V has produced protective neutralising antibodies against new variants, including Alpha, Beta, Gamma, Delta and Moscow endemic variants. The Russian ministry of health has also published data on Sputnik V’s efficacy against the Delta variant. The vaccine is 83.1% effective and shows 6x reduction of infection risk. Sputnik V is also 94.4% effective against hospitalisations with 18x reduction in hospitalisation risk.

Back Pain Remedies: Chronic Back Ache Has Made To Function Difficult,...

Massive proportion of world’s population are living with herpes infection

How can I help my child, who has a developmental disability,...

Results of an updated analysis of trends in human African trypanosomiasis...